I work a lot with what is sometimes termed ‘hierarchical’ data. That is, data that is clustered in some way. For me, those clusters are sometimes multiple observations from the same person – as is the case with longitudinal data or within-subject manipulations, or they are multiple observations from a larger unit – such as when participants are related to each other or when data comes from several different study sites. Clustered data can bring lots of advantages, but they also come with hurdles that not everyone is familiar with. Primarily, clustered data violate one of the central assumptions of most standard statistical analyses – that each observation is fully independent of all other observations. In the human literature techniques to appropriately analyze clustered data are now widely used – particularly the mixed effect model, but there are others.

Recently, a preprint and associated twitter-thread came out, which described how bootstraps (I’ll get to what this is) can be used to more rigorously analyze hierarchical data. The authors point out that hierarchical data is quite common in molecular/cellular neuroscience, yet there seems to be a lack of awareness of how to appropriately analyze this data – a sentiment I would agree with. For instance, a study might examine many cells that came from only a handful of mice, and not control for which mouse each cell came from. Or each mouse might be tested multiple times over the course of several days, but each test is treated as an independent observation. My goal here is to provide an initial introduction to why you should care about getting this right, and the basics of how to do it.

Why should you care? One approach is to point out that not controlling for clustered data will result in increased false-positives, leading to potentially inaccurate results. This is true, but perhaps threatening researchers with fewer significant results is not the best tactic. Here I’ll consider the alternative – ignoring that your data is clustered could cause you to miss significant effects.

…ignoring that your data is clustered could cause you miss significant effects.

[I’m going to go through everything first with no code, and the commented code is at the end of this post for those interested in delving deeper]

Here I show some simulated data. There are six mice, and 10 cells were taken from each mouse. Of these cells, half (5) were treated with a drug, and half are controls. The same outcome was then measures in all cells (the outcome has been standardized – z-scored – so the average is 0, and the effect sizes are in standard deviation, also called cohen’s d). In panel A we see that there is some difference between the treatments, but there is also a ton of variability. Running a regression (identical to a t-test in this case) to test if the treatment groups differ, we find a non-significant effect (p>0.05), and the 95% confidence interval (2.5%/97.5%) crosses 0:

Looking at panel B though, there’s a lot of variation across mice! Some mice just have a lower outcome than others, regardless of treatment. So how do we adjust for this in our model?

When we calculate the significance of a statistical test, we’re asking how likely it is that we would observe an effect that size or larger, if in fact the true association was zero. The usual way to do this is by making various assumptions about the distribution of variables. With more data (more clusters/mice) we could use a multilevel model, but multilevel models are known to not work well with a small number of clusters (~<10). Another way is by block permutation. In standard permutation, we randomize the variable of interest (our dependent variable – DV, or x variable) several thousand times. By randomizing it we break any relationship between it and the rest of the variables, forcing there to be no association. This generates an ’empirical null’ distribution, which is the range of effects we could expect to see if in fact there was no true effect.

If all our observations are independent, we can randomize freely across all observations. However, if our data are clustered, we have to respect the boundaries of the clusters. One way of thinking about this is to consider that if we randomize freely with clustered data, we’re actually breaking two relationships – the association between our DV and the rest of our variables (which is what we want to do) and the association between our DV and each cluster (which we don’t want).

The solution is what is called ‘block‘ or ‘restricted‘ permutations. Essentially, we identify a subset of all possible permutations that don‘t violate the clustered structure of our data, and only use those permutations. One limitation of this approach is that you need enough blocks of the same size. In this example, all the mice have exactly 10 cells. This could also work if, say, mice had either 8 or 12 cells. But in that case DVs from mice with 8 observations would never be swapped with the DVs from the mice with 12 observations, and vice versa. If all the mice had different numbers of cells, I would have to throw-out some data to make blocks of the same size.

…we identify a subset of all possible permutations that don‘t violate the clustered structure of our data, and only use those permutations.

When we report results, we don’t just report the effect size and p-value, we also report an estimate of how much variability there was in our effect. As we saw in the beginning, we can’t use the standard-error or confidence interval generated from a model that doesn’t account for the clustering of the data – the confidence interval crossed ‘0’.

One solution is to use a method to calculate our confidence interval that is able to accommodate the clustering of the data. Bootstrapping is a way of empirically estimating a confidence interval from your data. The one major assumption is that your data are uniformly drawn from the distribution of all possible values. To bootstrap, you generate a series of synthetic data sets using your actual data, and in each one run the same statistical test. The data sets are created by randomly choosing individual observations to include, and observations can be chosen multiple times, until you have a synthetic data set that is the same size as your original one. Each observation won’t be present each round, and some observations will be present multiple times.

There is a rich literature of modifications to the bootstrap to accommodate clustered data. The intuition here is that we want to respect the data-generating process as much as possible. As with the permutations before, we can’t bootstrap without considering how the data is clustered, and we need to identify bootstraps that respect this clustering.

The intuition here is that we want to respect the data-generating process as much as possible.

There are 6 mice, so we first bootstrap across mice, sampling 6, with replacement (meaning a mouse can be chosen more than once), to use in each simulation. Each mouse has 10 cells, so we’re going to choose 10 observations (again sampled randomly with replacement) from each mouse to include. But, our sample is on the smaller side, so we might further account force it to include half cells that were exposed to the treatment, and half that weren’t (this is sometimes called a constrained bootstrap).

Bringing it all together, adjusting for the clustering of your data can have some real benefits! Some effects will increase in significance (the opposite, effects becoming less significant, will also happen), and the confidence interval here is smaller. If you use p-values (null hypothesis significance testing) to determine whether there is an effect, this can make a big impact.

There definitely is a learning curve, but these analyses are on the easier side to learn. There are lots of packages in R that help with the heavy lifting too!

Congrats on making it to the end 🙂 Astute readers may have noticed that in the case of this particular data set, a mixed-effect model would also perform well. Here’s what that would look like:

View all posts by David Baranger 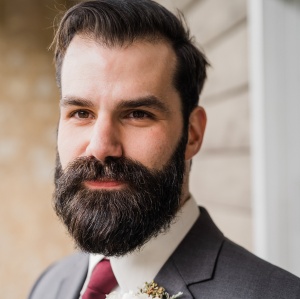 I’m a Postdoc at the University of Pittsburgh.